How Big Plastic is Using Coronavirus to Bring Back Wasteful Bags by Rebecca Leber
Friday March 27th, 2020 at 12:58 PM

The plastic industry is not going to waste a crisis.

In January, when the world was still awakening to the novel coronavirus, the plastic bag manufacturer Novolex warned that the outbreak in China would lead to paper-bag shortages, and that cities’ plastic bag bans could cause supply-chain disruptions. By late February, that narrative had taken a turn. When community spread of COVID-19 cases in the United States looked to be inevitable, companies found a new culprit for the spread of the coronavirus: reusable bags.

On February 28, the libertarian think tank Competitive Enterprise Institute posted on its website, “Whether reusable bags could become a significant carrier of the coronavirus remains to be seen, but there are good reasons to fear they will harbor other equally dangerous bacteria and viruses transmitted from carrying meat and produce.” Later in March, John Tierney, a former New York Times columnist and climate change skeptic, wrote in an op-ed at City Journal, a publication of the conservative think tank Manhattan Institute, “Reusable tote bags can sustain the Covid-19 and flu viruses—and spread the viruses throughout the store.”

The science that conservative groups cite to bolster their claims about reusable bags spreading coronavirus is shaky at best.

By March 18, the campaign against reusable bags kicked into high gear. The trade group the Plastics Industry Association requested that the US Department of Health endorse the idea that “single-use plastic products are the most sanitary choice when it comes to many applications,” amid the COVID-19 pandemic, according to Politico. That same day, Mother Jones found, a conservative nonprofit called the Independent Women’s Forum started running ads pressuring Washington state, New York, and California to reverse their bag bans. IWF’s ad’s claim: “Researchers say COVID-19 can survive on reusable tote bags for nine days. However, some state legislators are enforcing draconian bans on plastic bags, which might contribute to the spread of the virus and other harmful microorganisms.”

The timing of these messages suggests a concerted public relations campaign by the plastic industry. And many of the groups that have picked up these claims, including the Manhattan Institute and Competitive Enterprise Institute, receive support from the Kochs, the infamous family of moguls who made their fortune in the petrochemical industry. As of 2016, more than half of IWF’s board members had received funding or once worked for Koch groups, according to an investgiation in The Nation.

The plastic industry’s tactics seem to be working: Maine’s plastic bag ban was supposed to go into effect on April 22, but it’s been postponed till January 2021. New Hampshire’s governor Christopher Sununu, who has misrepresented climate science, has gone further to use the state of emergency to temporarily ban reusable bags. Republicans in Washington state, New York, and New Jersey have been waging campaigns to reverse or delay the blue states’ bans because of coronavirus.

Yet the science that conservative groups cite to bolster their claims is shaky at best. No study has looked specifically at reusable bags and the novel coronavirus. IWF’s main piece of evidence is a small 2018 study by an environmental microbiologist at Loma Linda University, a small Christian college. For the study, 25 volunteers outside three Central Valley, California grocery stores were given grocery bags that were thoroughly sprayed with a harmless substitute for a norovirus to trace where the virus spread in the store. The researchers collected samples after from parts of the store and volunteers’ hands. They found the substitute virus throughout the market.

Though the plastic industry didn’t appear to fund that study, it did bankroll other research that the conservative groups have used as evidence. A similar 2010 study by Loma Linda and University of Arizona scientists was underwritten by the fossil fuel and chemical lobbying arm American Chemistry Council. For that study, researchers  wiped E. coli-spiked raw meat onto a fabric bag. They found that bacteria increased 10-fold if the unwashed bag was stored in the trunk of a car for two-hours. The researchers concluded that washing the bags by hand or machine would cut back on bacteria by 99.9 percent.

Another frequently cited paper comes from Clemson University’s Center for Flexible Packaging director Robert Kimmel, who has been a plastics industry consultant since 1999. His 2014 metastudy pulls together a series of findings from other small case studies: One experiment, for example, found bacterial contamination on 24 reusable bags that it collected from supermarket customers; another is a case study of a norovirus outbreak among nine soccer players who stored a reusable bag in their bathroom. Based on this paper, Kimmel has been promoting plastic bag ban reversals due to coronavirus.

Environmental advocates are fuming about what they see as disingenuous arguments by plastic bag manufacturers. They charge that the industry is overlooking the slower-burn public health crisis of single-use plastics. “I think the real health risk is for frontline communities that live near facilities that produce the material that make plastic,” says Judith Enck, a former regional EPA administrator and founder of the Beyond Plastics coalition. “I would rather have the New York State legislature and Governor Cuomo figure out how to get more ventilators than figure out whether bags pose a transmission risk.”

So how big of a risk are reusable bags in transmitting coronavirus, really? Angela Rasmussen, a Columbia University virologist, said we don’t yet know enough about how long the virus persists on cloth. “We have seen that virus can remain infectious on plastic surfaces for up to 72 hours, but the caveat is that this can be impacted by ambient temperature and humidity conditions,” she emailed. “That is different than saying that we know plastic bags are more dangerous than reusable bags or any other type of bag material.” No matter what type of bag you bring your groceries home in, she says, hand-washing is likely the best method for stopping the spread of the virus. “Cloth bags can be washed with detergent and plastic bags can be disinfected with household disinfectants, but probably the most effective method of reducing risk is practicing good hand hygiene and disinfecting communal surfaces (counters, doorknobs, etc) after unpacking or unloading groceries.”

I called Loma Linda’s Sinclair to ask him whether he believed his research suggested that reusable bags could harbor coronavirus. “Normally I’d say to wash your bags with disinfectant soap,” he says. But in light of the pandemic, to be on the safe side, he thinks states should temporarily suspend their bans. In March, he sent an affidavit about his research to the New York State Department of Health. He hopes that when the outbreak is under control, bag bans will be reinstated.

When I asked Sinclair how he felt about the role his work had played in companies’ campaign to overturn plastic bag bans, he said he wasn’t thrilled. “It’s kind of depressing to see the plastics industry do that.”

PETA Takes A Dig At Animal Crossing: New Horizons With 'Vegan Guide' To The Game
Wednesday March 25th, 2020 at 2:20 AM

When you start your island life in Animal Crossing: New Horizons, you're immediately tasked with gathering resources by picking fruit from trees, fishing, bug catching, and more. These activities help your island to grow thanks to Tom Nook's Nook Miles scheme, but should players be a little more concerned about their actions?

PETA (People for the Ethical Treatment of Animals) has issued a 'Vegan Guide to Animal Crossing', listing all of the things you can and can't do to keep up with a vegan lifestyle. It kicks things off by saying that you shouldn't fish, describing it as "cruel" and "bad for the environment"; you shouldn't catch bugs; you shouldn't work towards the Museum, because "bugs don’t belong in tiny cases in a museum for other villagers to gawk at"; and that you shouldn't dig up clams.

Read the full article on nintendolife.com Technicalleigh
reply
Oh PETA, how is anyone supposed to take you seriously???
Vancouver BC

Nintendo Is Already Fighting Off Hackers In Animal Crossing: New Horizons
Monday March 23rd, 2020 at 12:39 AM

Cheaters could be banned.

Animal Crossing: New Horizons isn't even properly out yet and hackers are already carving their way through the game like a hot knife through butter. It seems Nintendo was well prepared for such invasions, however, with today's Version 1.1.0 patch already working towards getting rid of the issue.

In just a handful of days, hackers and dataminers managed to crack their way into the game, discovering that save data is encrypted - no doubt in an effort to prevent cheating going forward. Amazingly, a tool to decrypt this data has already been produced and shared online, causing a potentially frustrating dilemma for Nintendo.

Read the full article on nintendolife.com Technicalleigh
reply
It sure would be terrible if people cheated in the highly-competitive game of Animal Crossing. /sarcasm
Vancouver BC 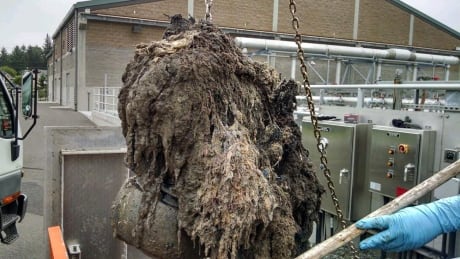 As consumers stock up on disinfectant wipes to control the spread of germs during the coronovirus pandemic, B.C. municipalities say some of those products are making their way into the sewer system, which could lead to serious blockage problems.

Even if they say "flushable", they're NOT.
Vancouver BC 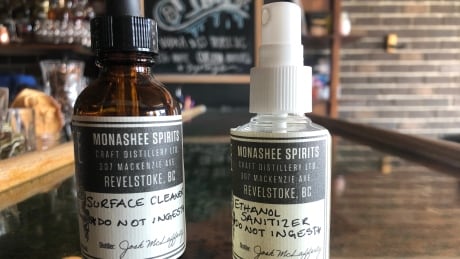 "We're not an essential service at the end of it. We make alcohol for a living and this is just a teeny way that we can actually help and give back to our community." 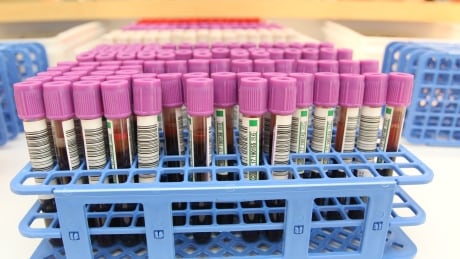 Canadian Blood Services says individuals and groups have started cancelling appointments in the wake of new protocols around social distancing related to COVID-19. Still, they're asking anyone who feels comfortable and healthy to donate.